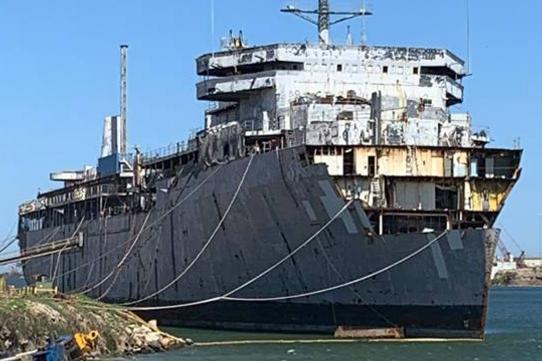 ​If you have pictures or other submissions please use the contact form to reach out to us. 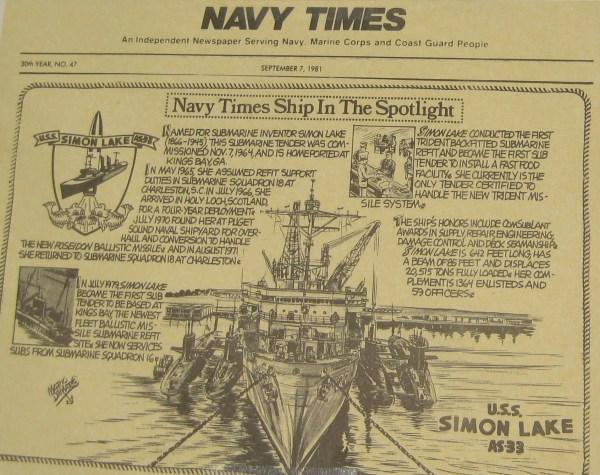 SECNAV and Admiral McCain arriving onboard in Holy Loch during her first deployment there in the late 60's.

Take a video tour of the Simon Lake underway in 1989.  Shot by MM1 Art Ramstrom and provided by Linnie Rose. 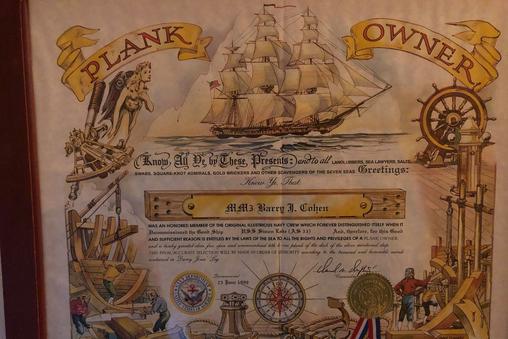 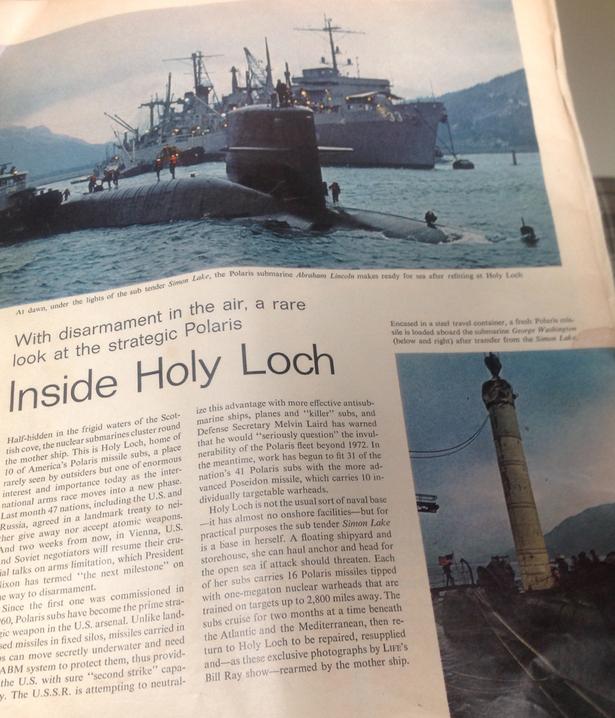 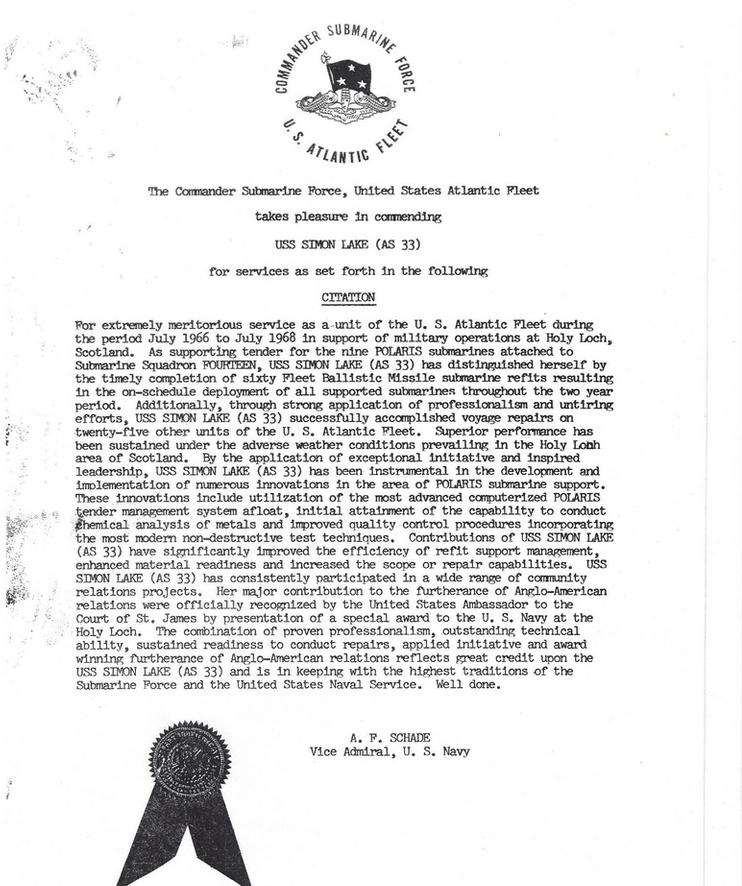 This appeared in Life Magazine in 1969.

Thanks to Paul and Rosemary Horan. 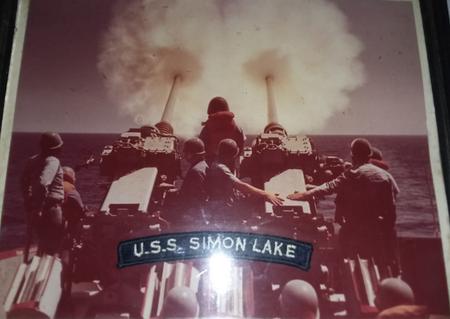 She was a war ship and in the early days had  twin mount 50 calibers.

After the ships commissioning on November 7, 1964 and a shakedown cruise to Hawaii she transitioned to the East Coast.

She made several calls at Gitmo and Acapulco and trips through the Panama Canal.

Below is the beginning of the end. 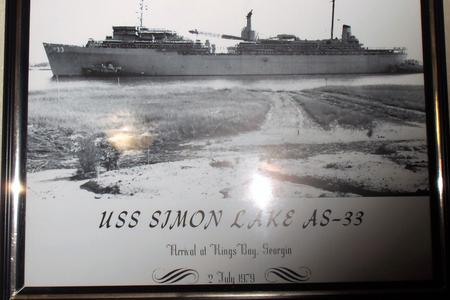 Memories of the Kings Bay years from Chief Henry.

She spent many of the early years in Holy Loch, Scotland. 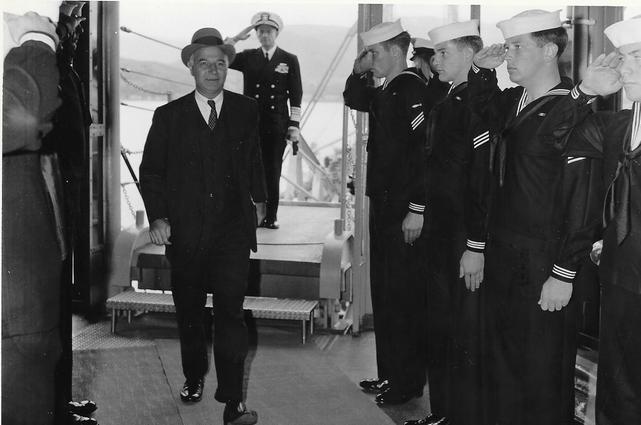